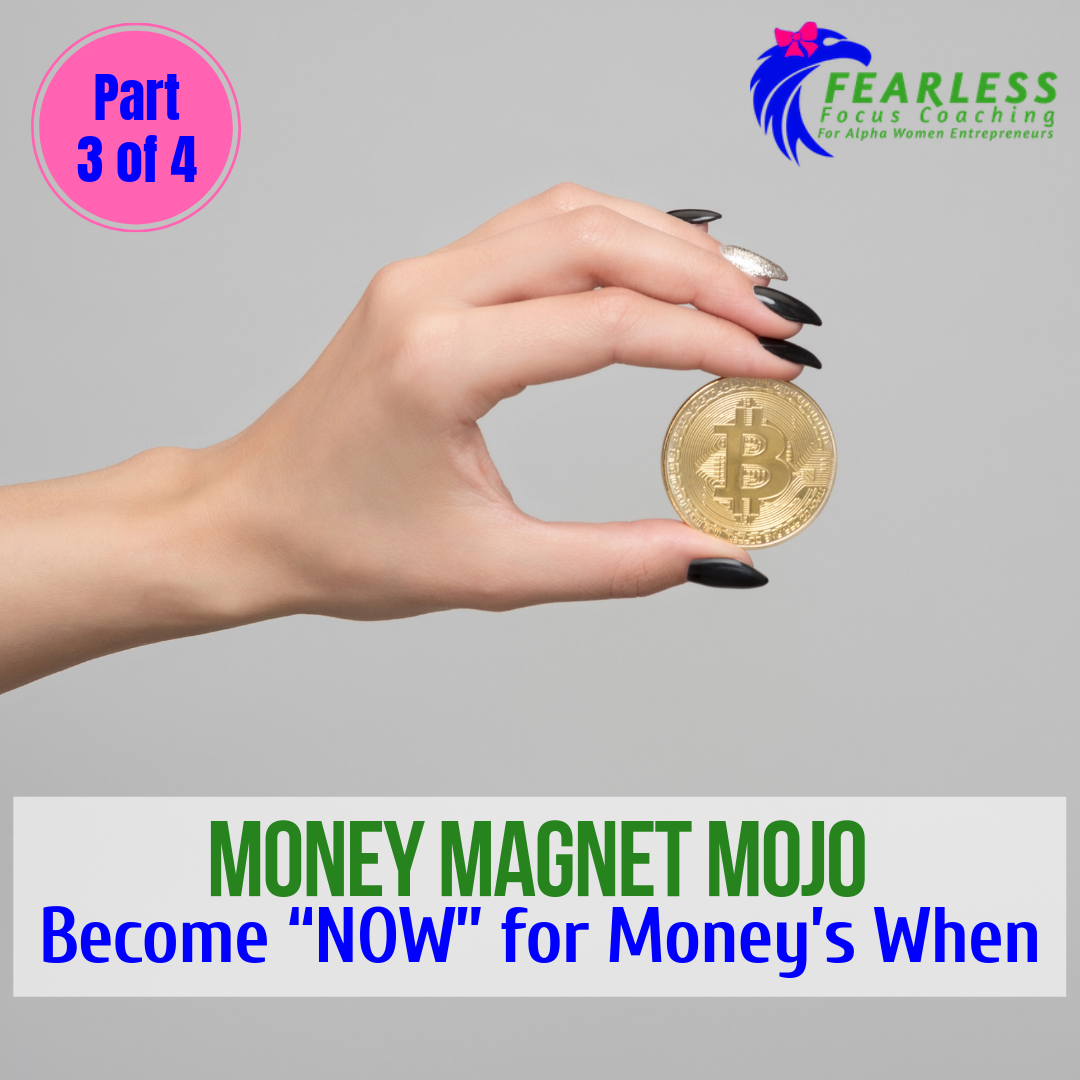 Making money is fun but attracting money is better! You want need to improve your energy around money so you can stop “trying to make it.”

Let’s Doubt Your Doubts: Become NOW for Money’s When 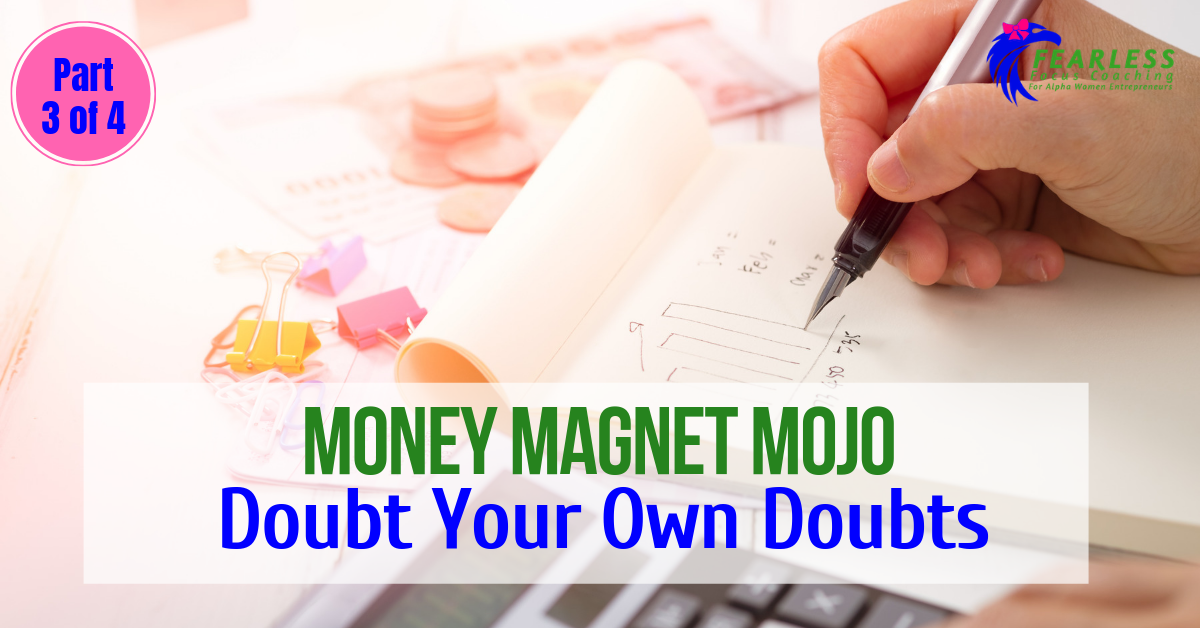 If you want speed in anything, the trick is not to re-create the wheel or start from scratch. Want to know something you’re already good AND fast at? Doubting.

Good. Let’s use that. I want you to doubt your doubts. You heard me correctly. You have an endless stream of things that you worry about, question, over-analyze and try to engineer because you’re worried it won’t work.

You could put all those icky things in a big canvas bag marked “doubt“.

If you were running a race carrying heavy bags, it would slow you down. I want you to notice the heavy bags you are carrying in your money race and consider NOT carrying them all the time.

Money’s speed is NOW. Right the heck now. It does not favor the doubtful. The delayed. The “deliberate.” Why do many millionaires look reckless to outsiders? Because they ACT NOW. We don’t do as much doubting as you do.

Golden Question: How much room do I make for the possibility of success? 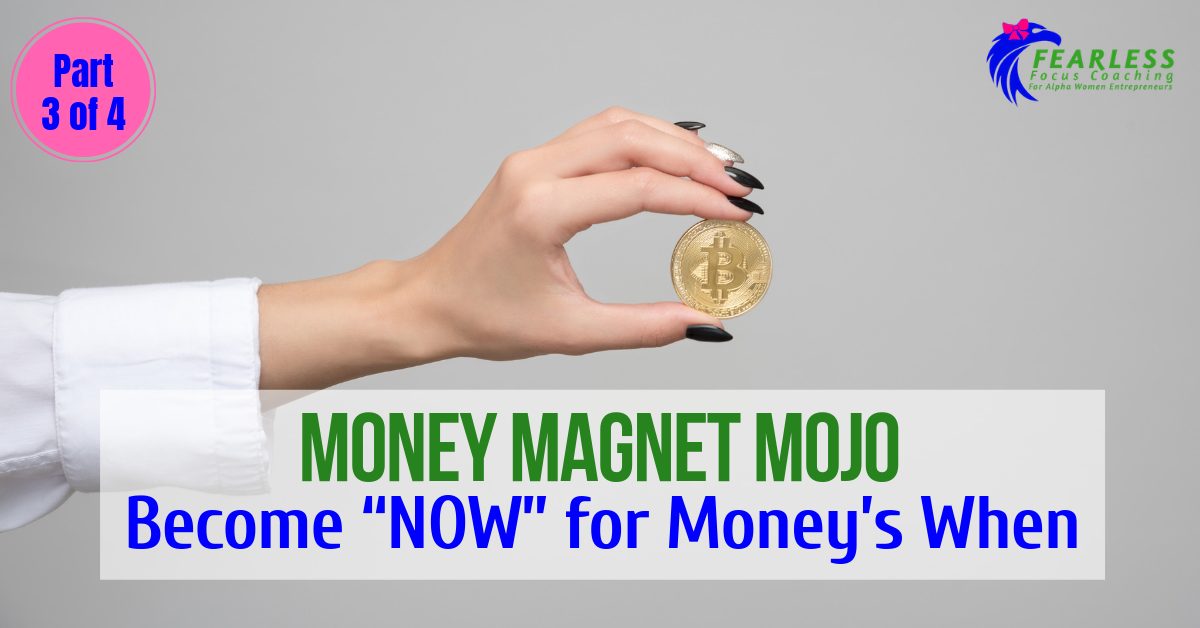 What Do I Need to Doubt?

1. Any negative thought that says you won’t get what you want

2.Your ability to stop the Universe from helping you (it’s stronger than you and it LIKES you)

Why? All the Universe needs is just a little bit of belief. Faith as small as a mustard seed. Room for possibilities. It CANNOT GIVE YOU WHAT YOU DO NOT BELIEVE. It would violate your free will as a creator.


Alphas are actually quite certain of their doubts. My clients have genuinely ARGUED with me for their limitations! You’re not sure HOW things will go wrong but you do not have deep faith in Money arriving.

You must introduce doubt into your fears to make room for speed and success to arrive.

Every time a thought pops into your head about why the deal won’t work, you want to find two thoughts about why it actually could.

I need you to be less confident in your predictions and “reality” whenever those outcomes would suck.

I want you to doubt your doubts as if you could turn in a scorecard to me at the end of the week and get CASH for each worry you questioned.

Example: He COULD be the guy. This COULD be the right deal. They could cooperate this time. Your assistant could get the thing done on time…

Commit to spending a week doubting your doubts in areas where you want MORE. When you reduce the friction of DOUBT, you will speed up. And…?

Common mistake? Over-analyzing. That’s you just wanting to be right about the many ways things may not work out. Read: You Want to Be Wrong to Be Happy.

Can you picture things working out EASIER than picturing things failing?

Make some room for your miracle woman!

P.S  Learning to notice your thoughts takes discipline that will repay you in gold. The only difference between where you are and where you want to be is the thoughts you thought ALL LAST YEAR. Doubt even SOME of them and you’ll speed up your journey to Money.

Sorry, the comment form is closed at this time.